Forty meters below the lively streets of the Historic Center of Naples, you find a different world, unexplored, isolated by time, but deeply connected with the world above. Everyone knows Naples as a city of exceptional beauty, a city of art, but few know the underground reality of the city. Even many Neapolitans are unaware of the beauty that lies beneath.
It is the heart of Naples, and its birthplace place. To visit it is to travel to the past, a world that goes back 2400 years, from the foundation of Neapolis, to the bombs of WWII, has left their mark on the walls of the yellow tufa stone, the stone with which the city was built.

The underground caverns of Naples were born with the city and grew along with it over the years. The first excavations of the underground caves were done around 5,000 years ago, near the end of the prehistoric era. Naples Underground is the most famous and fascinating attraction underneath the city. It takes you on a journey through 2,400 years of history, from the ancient Greeks to modern times, unveiling the “womb” of Naples from an archaeological, historical, anthropological and geological point of view.

The Greeks withdrew large quantities of the tufa stone that lies beneath to construct the city walls and the temples. They also excavated numerous areas to create a series of underground tombs. After many years of underground research, discovered, about 40 meters underneath the cemetery of Santa Maria del Pianto, a cave from which stone was taken to construct the city walls of Ancient Naples was discovered. We know that the walls were built from the stone of this cave because we see the same designs on every block of the city walls.

The Romans continued to build in the Augustean era large aqueducts and underground tunnels that were used as streets to avoid climbing Mt. PiediGrotta. 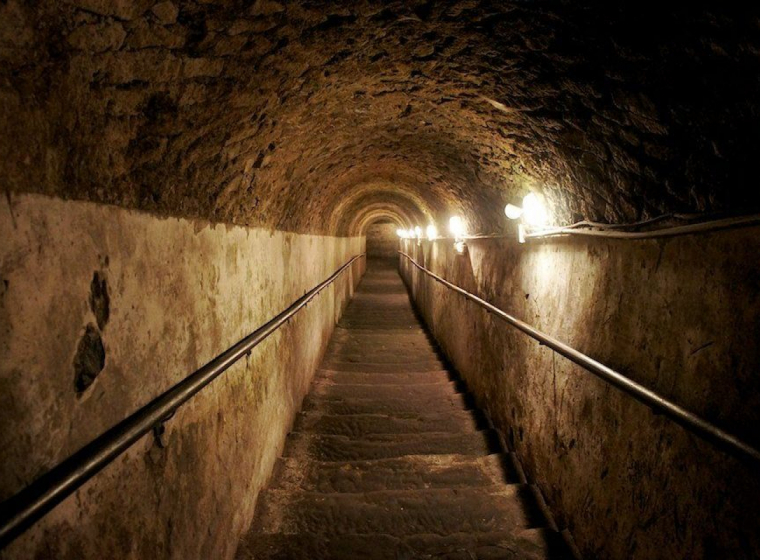 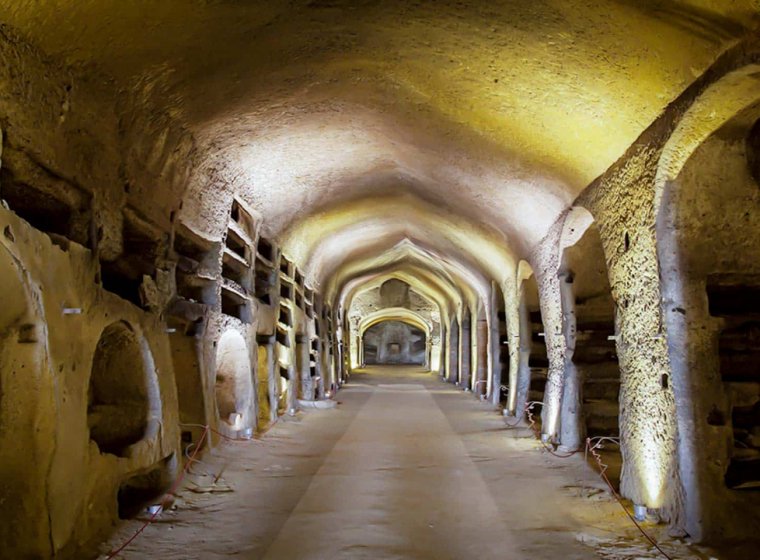 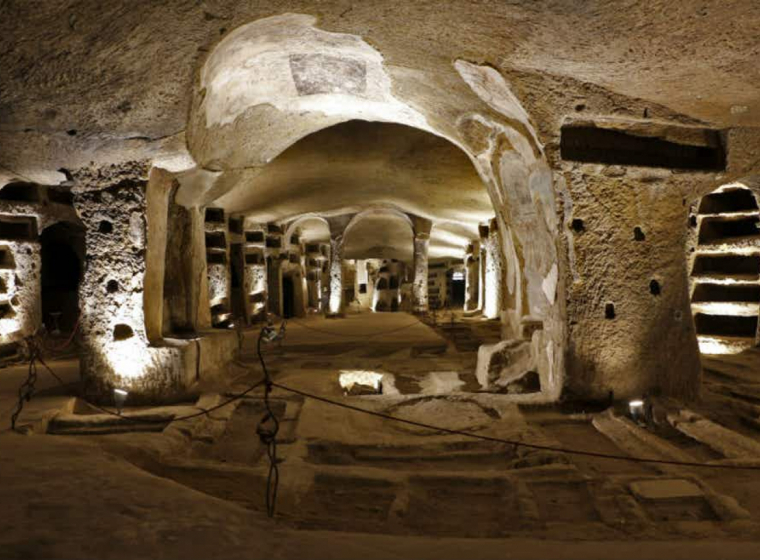 In the early 1600’s, the Greco-Roman aqueduct, with its numerous pluvial tanks, no longer brought enough water for the city. In 1629, a Neapolitan noble, Carmignano, built a new aqueduct.

In the early 1900’s, the aqueduct was no longer used, and a newer and safer system of transporting water was created. These tanks and tunnels, spanning over a million square meters in length, were abandoned. At the beginning of WWII, bombings brought once more an importance to the underground area, whose tanks were then used as bomb shelters.
Many of these cavities were closed because over the years, the underground area was used as a dumping ground for building debris lying on the surface. 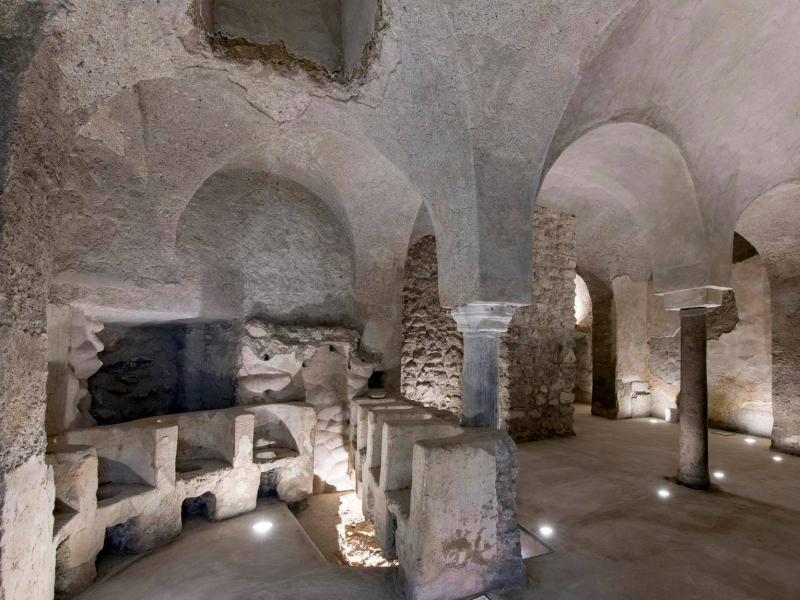 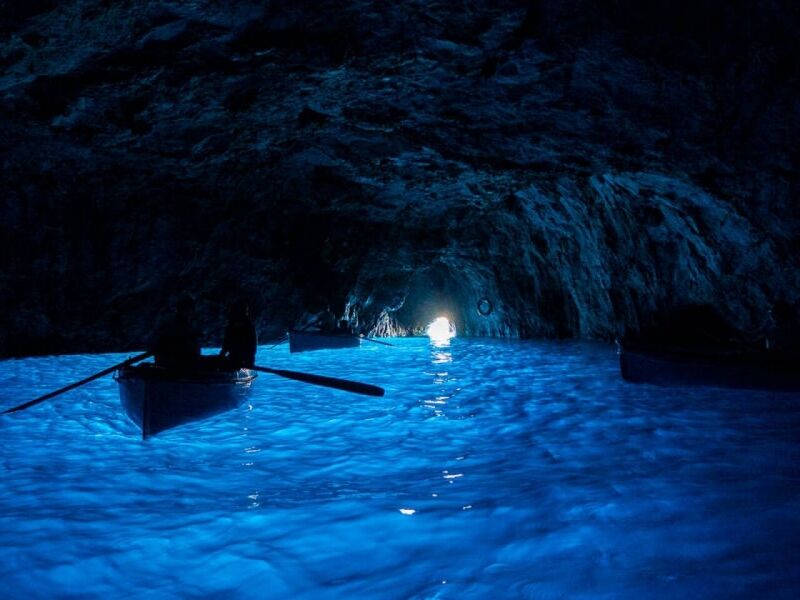 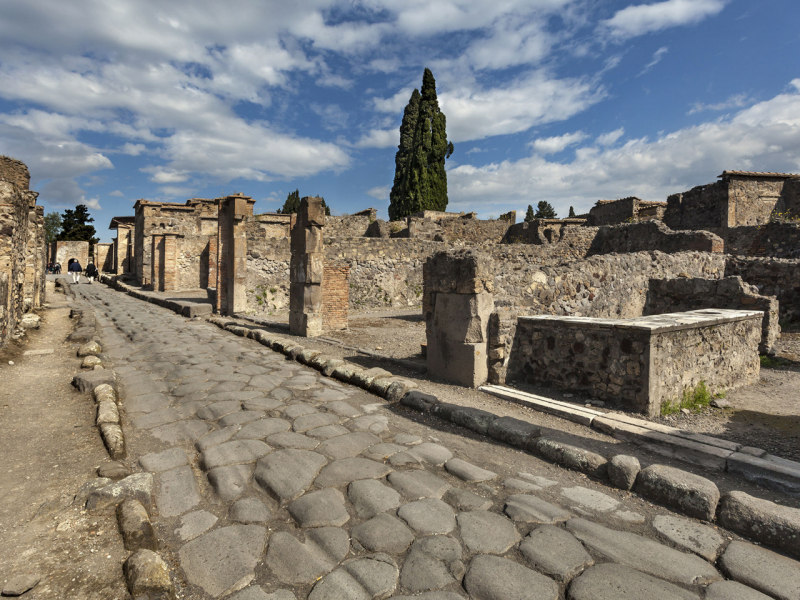 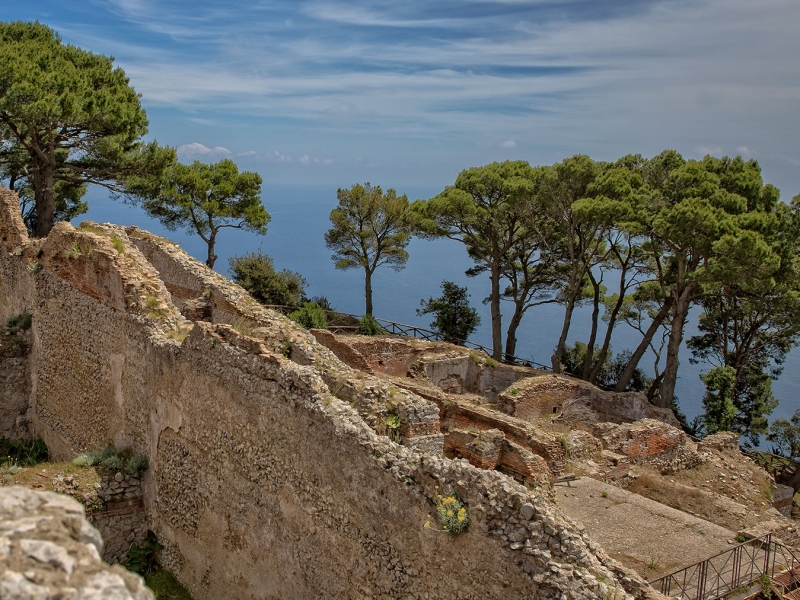 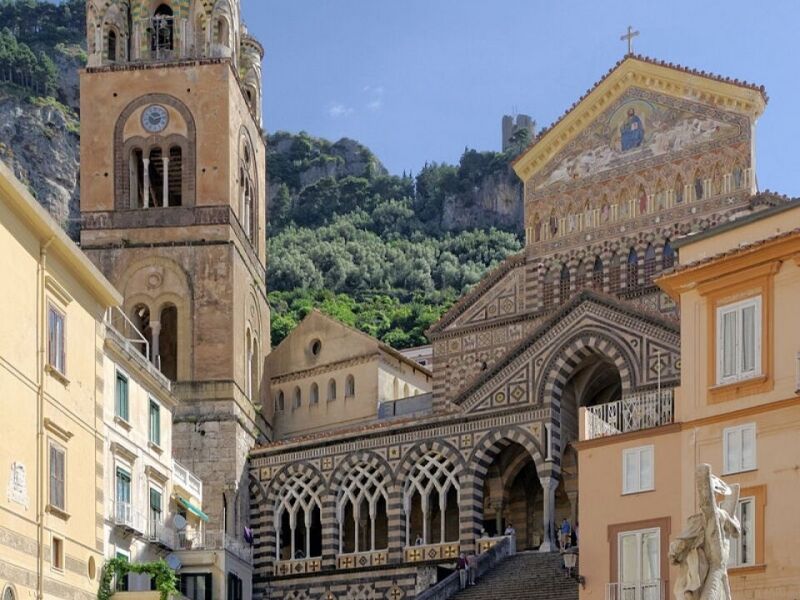 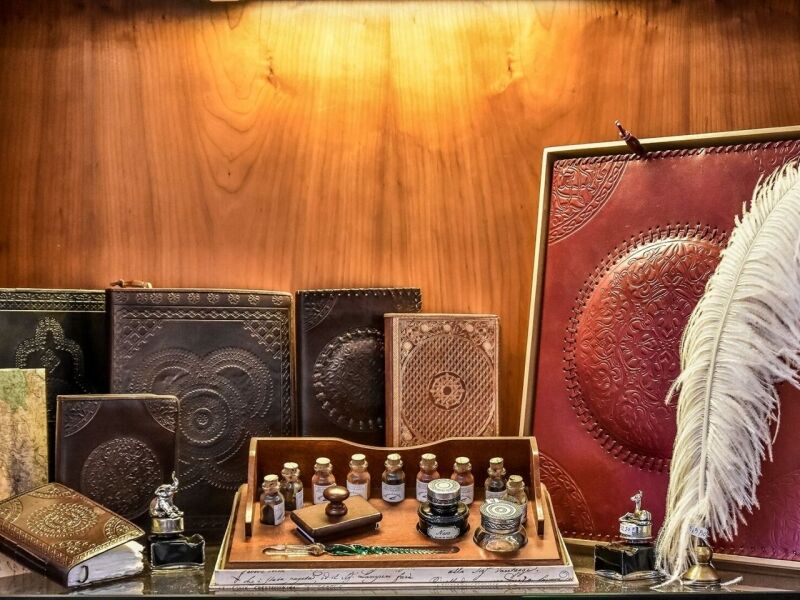 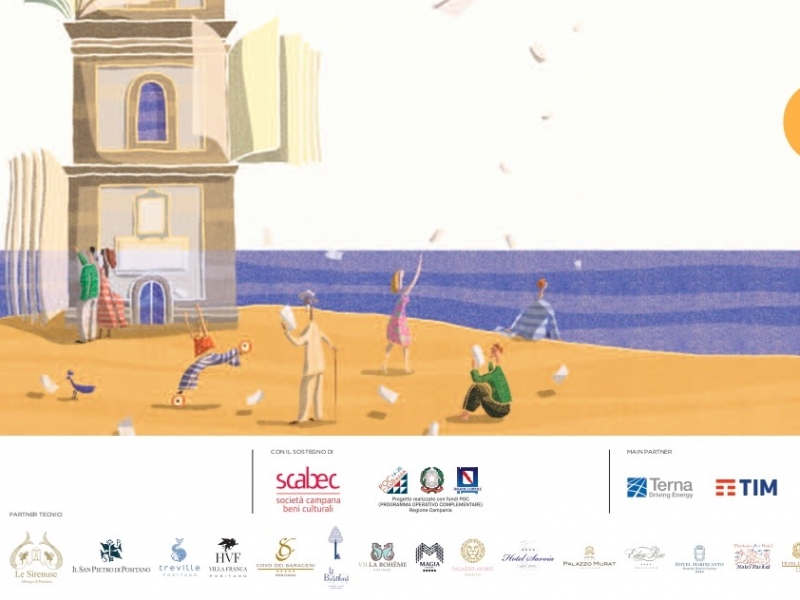